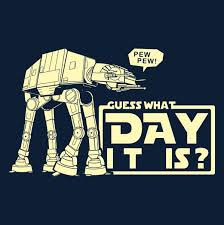 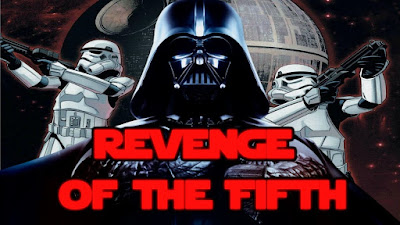 Happy BELATED 'May the Fourth' for yesterday and Happy 'Revenge of the Fifth' today!

I love that Star Wars has become so mainstream! Although, I do know quite a few people who have never watched the movies. I still don't know how I'm friends with them, but I realize that not everyone can sit at the cool table. :) 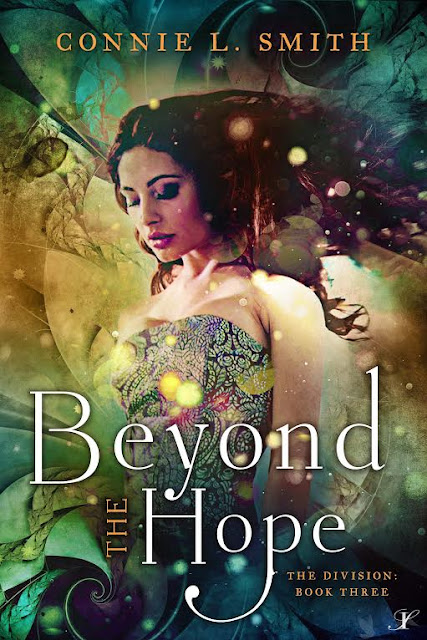 Beyond the Hope
(The Division: Book Three)
By Connie L. Smith

In the aftermath of the latest battle, the stakes are higher than ever before. Time’s hardly an ally to Nicholai’s army of paranormal soldiers. The Tomes remain hidden, and the clock is ticking for the Essenced poisoned with the demon’s incurable toxin.

Beyond those worries, magic might be vanishing—a twist that could insurmountably cripple the army’s capabilities prior to the war’s conclusion.

Never has the conflict felt so desperate, with danger escalating and hope disappearing with the slow drain of the hourglass.
Will the answers surface in time, or will the band of warriors fail to prevent the ruin of the world?

About the Author:
Connie L. Smith spends a decent amount of time with her mind wandering in fictional places. She reads too much, likes to bake, and might forever be sad that she doesn’t have fairy wings. And that she can’t swing dance. Much of her preferred music is severely outdated, and as an adult she’s kind of obsessed with Power Rangers. She has her BA from Northern Kentucky University in Speech Communication and History (she doesn’t totally get the connection either), and her MA in English and Creative Writing.
Website
Facebook
Twitter 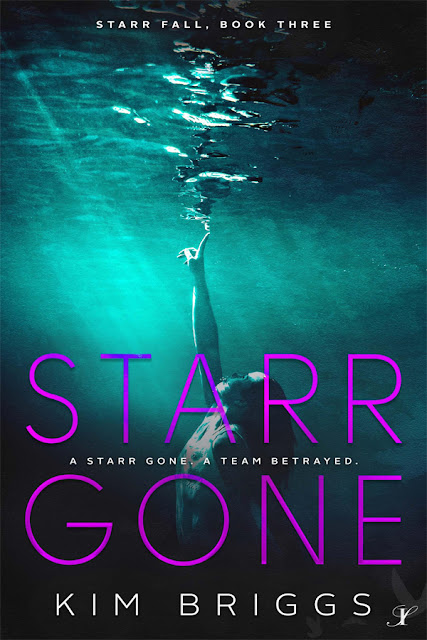 A Starr gone. A team betrayed.

You never know who your true friends are until a gun’s pointed at you. One will take a bullet, and the other will pull the trigger. Starr learned that lesson the hard way.

The perfect smile. A killer attitude. General Treadwell wanted nothing more than to turn Starr Bishop into the ideal assassin, but she’s far more valuable as Jessica Chamberlain, granddaughter and heir to Chamberlain Chocolates. Luckily, he’s found two enthusiastic replacements. They lack Starr’s intelligence, but no matter, they possess their own weapons of persuasion along with a flair for the dramatic, and that’s never a bad thing.

Di, along with Christian, Frank, Ben and Coda, are determined to keep Starr safe, but the depths of betrayal crack the very foundation of the team. When Starr becomes a pawn in a game of power, money, and manipulation, Di channels her WWSD (What Would Starr Do) to rally the team. She owes her best friend that much. No... More.

Kim Briggs once smashed into a tree while skiing. The accident led to a concussion, a cracked sternum, temporary notoriety as a sixth grader returned from the dead, and the realization that fictionalized accounts are way more interesting than just slipping on the ice.

An unhealthy obsession with conspiracy theories combined with a love of travel and happily ever afters led Kim to write her YA novel, Starr Fall, where a secret organization decides 17-year-old Starr Bishop is not only the model student, but the ideal assassin. While in hiding, Starr meets dark, moody, and dead sexy Christian Evergood. Cue the swoon worthy music.

When she’s not doing something writerly, Kim can be found jumping into snowdrifts with her three kids, husband, and dog. She’s careful to avoid trees.
Website
Facebook
INKSisters Write

a Rafflecopter giveaway
Rambled by Heather M. Gardner at 8:58 AM