A little Star Wars fun and some found The X-Files memorabilia!

A couple weekends ago we took The BOY to see a minor league baseball game, The Hudson Valley Renegades.

They're always having events at the stadium to entice people to come out.

This time they had a 3-day Star Wars event. We were only able to attend the first day, which of course was Villain Day. (My husband would argue this title.)

The BOY brought his Star Wars Encyclopedia to get autographs and pictures. (He's very high maintenance.)

He got quite a few autographs, including Boba Fett, but we kept missing The Bounty Hunter for a photo op.

Here's a few pics from the BOY's adventures. 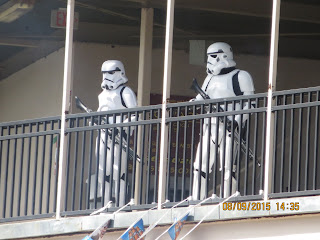 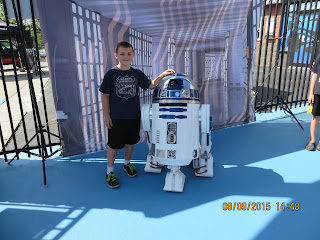 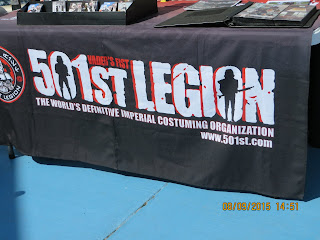 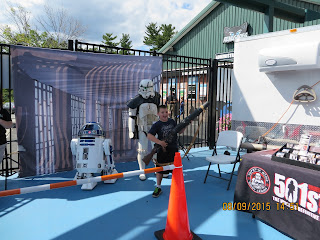 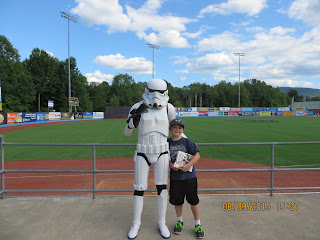 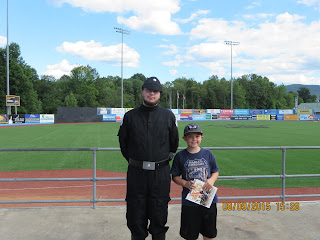 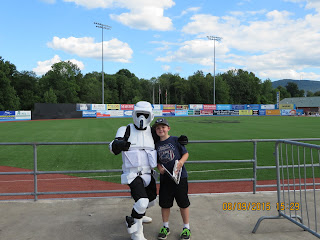 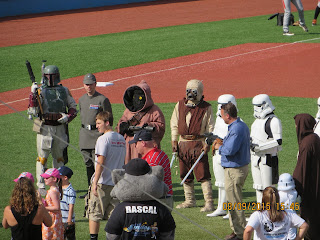 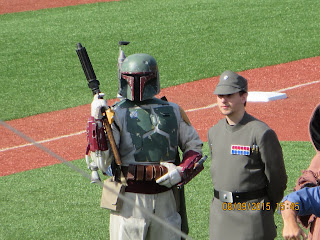 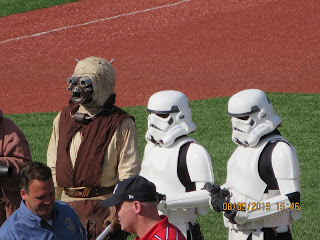 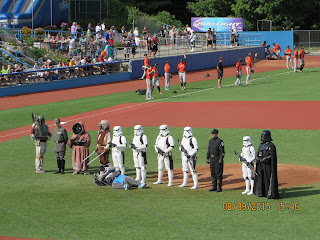 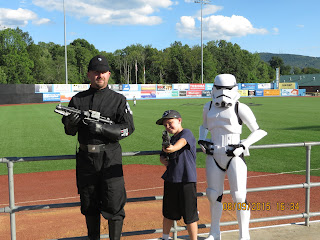 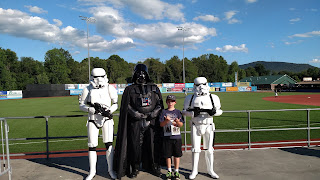 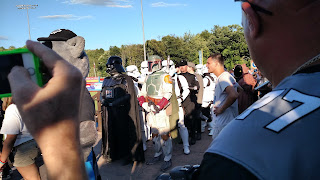 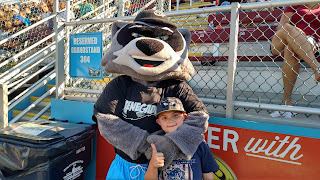 As some of you may remember, my 2015 Blogging from A to Z April Challenge was ALL about The X-Files and many posts contained my personal plethora of collectibles.

If you haven't seen the cache, and would like to, check out the posts HERE.

In emptying a giant chest of old computer equipment in the house, I discovered two pieces of The X-Files memorabilia that I thought might be misplaced for good.

The first was a computer game called The X-Fools. I don't have the original packaging, but I have the CD-ROM and the user guide. 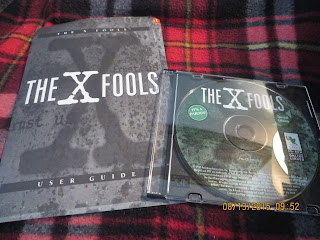 It's described like this: The X-Fools: The Spoof Is Out There is a minigame adventure game for the PC made by Parroty Interactive and was released on October 1st 1997. It is a spoof of the TV-Show "The X Files".

Honestly, I don't recall if it was any fun playing it or not.

The second was the REAL The X-Files Game. 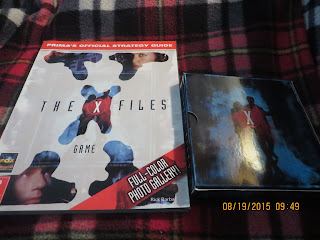 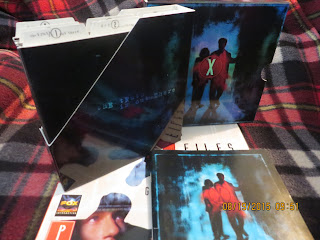 I only slightly remember playing the game, but I know that with 7 discs it took a while to get through the whole thing.

I haven't tried to put these on my computer. I'm a little concerned my laptop might laugh at the old tech and graphics.

I wrote about how we need to listen to our inner author voices more often, to prevent our own pain and suffering, so make sure you come by to share your own experiences with us!