I guess that can be a happy day, too.

At least I won't be the oldest one there. :)

What are you guys up to?
Are you melting in the heat waves? 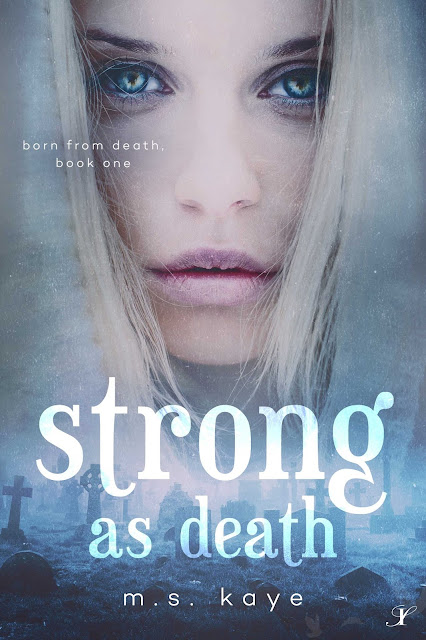 Born from Death book one
by M.S. Kaye


Ilona discovers what it means to have a mother who is a modern woman and a father who is a 19th-century gentleman ghost.


After being hit by a car and taken to the hospital, Ilona starts to realize she’s different from other people, and that her mother has hidden the truth from her. She sneaks out of the hospital in order to discover the truth.

A mysterious boy named Archer guides her through Brooklyn and introduces her to Hendrick, the man who claims to be her father—though he died in 1890.
Ilona must discover not only what she must do to rid the city of Soll, a sadistic and powerful spirit, but also what it means to be half ghost. She proves what her mother told her—love is stronger than death.
Amazon   |   Kobo
Add to Goodreads

Awaken from Death, Born From Death book 2
Will be released 10/15/16 from Inkspell Publishing.
The truth of an ancient connection threatens to destroy Ilona and Archer. As they struggle to understand, Lettie discovers, or rather remembers, their history, as well as the punishment Archer bore as a result. She comes to accept Archer will never leave Ilona, but will that cause his destruction?

Author Bio:
M.S. Kaye has several published books under her black belt. A transplant from Ohio, she resides with her husband Corey in Jacksonville, Florida, where she tries not to melt in the sun. Find suspense and the unusual at www.BooksByMSK.com.
To receive news on upcoming releases, sign up for email updates on her website.
Facebook  |  Twitter  |  Google+  |  Goodreads  |  Amazon  |  TSU  |  Pinterest  |  LinkedIn

Rambled by Heather M. Gardner at 9:20 AM