FIVE things you should know about RIGHT now!

Hello everyone! I'm a day off on my posting so this is supposed to be Wednesday's post but I'm posting it on Tuesday. I hope this doesn't screw up your whole week. :)

Below, you will find 5 awesome things that I think you might want to know about!

1. My publisher, Front Porch Romance, has some exciting news this month!

GRAND OPENING
Starting January 10 through July 31, 2013 if you open an account and purchase a book, your name will be entered into a drawing for a Kindle Fire
The more books you buy, the more chances you have to win

That's right, Blog Boys & Girls, Maguire's Corner is half price till the end of the month but, only on Front Porch Romance.

2. The Mistaken
by
Nancy S. Thompson

“How far would you go to avenge the one you loved and lost?”


on Amazon and Barnes and Noble

July 9th through the 15th 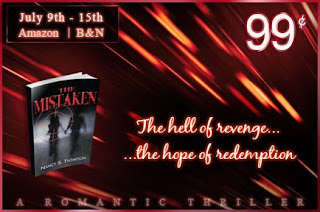 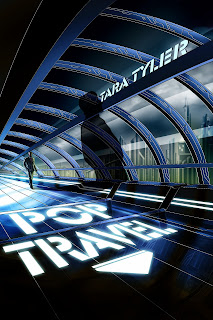 In a futuristic cat-and-mouse game, hard-boiled detective J.L. Cooper is chased across the world using Pop Travel teleportation, which has a deadly flaw he is determined to expose.


Stormy interviews Tara on her book tour which stops here on September 23, 2013! 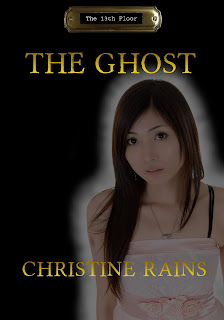 Chiharo Black lives with six supernatural tenants in a haunted building's mysterious thirteenth floor. Of course, no one knows she's there except the cats. Being a ghost can be a bit frustrating and lonely, but it isn't as bad as her mother made it out to be.

Until another ghost intrudes on her territory. Jeremy Emerson wants revenge on the vampire that killed him and won't stop until he has it. To top it off, a nightmarish shade sneaks in and leeches the energy from the building's residents before setting its sights on Chiharo and the thirteenth floor. She can't decide which one is more frightening: the one wanting to eat her soul or the one who might win her heart.

Chiharo must convince Jeremy to stand with her against the hellish parasite. If they cannot work together, the greedy fiend will not only drain their energy but everything that supports the thirteenth floor's existence.

This is a great series!

Mark of Nexus #2
by
Carrie Butler
Rambled by Heather M. Gardner at 11:35 AM