I have a list of crap I have to get through today. This blog post is on the list. It should've been higher up, apparently. I just realized that the day is almost over!

I promised a picture of The BOY from Halloween. 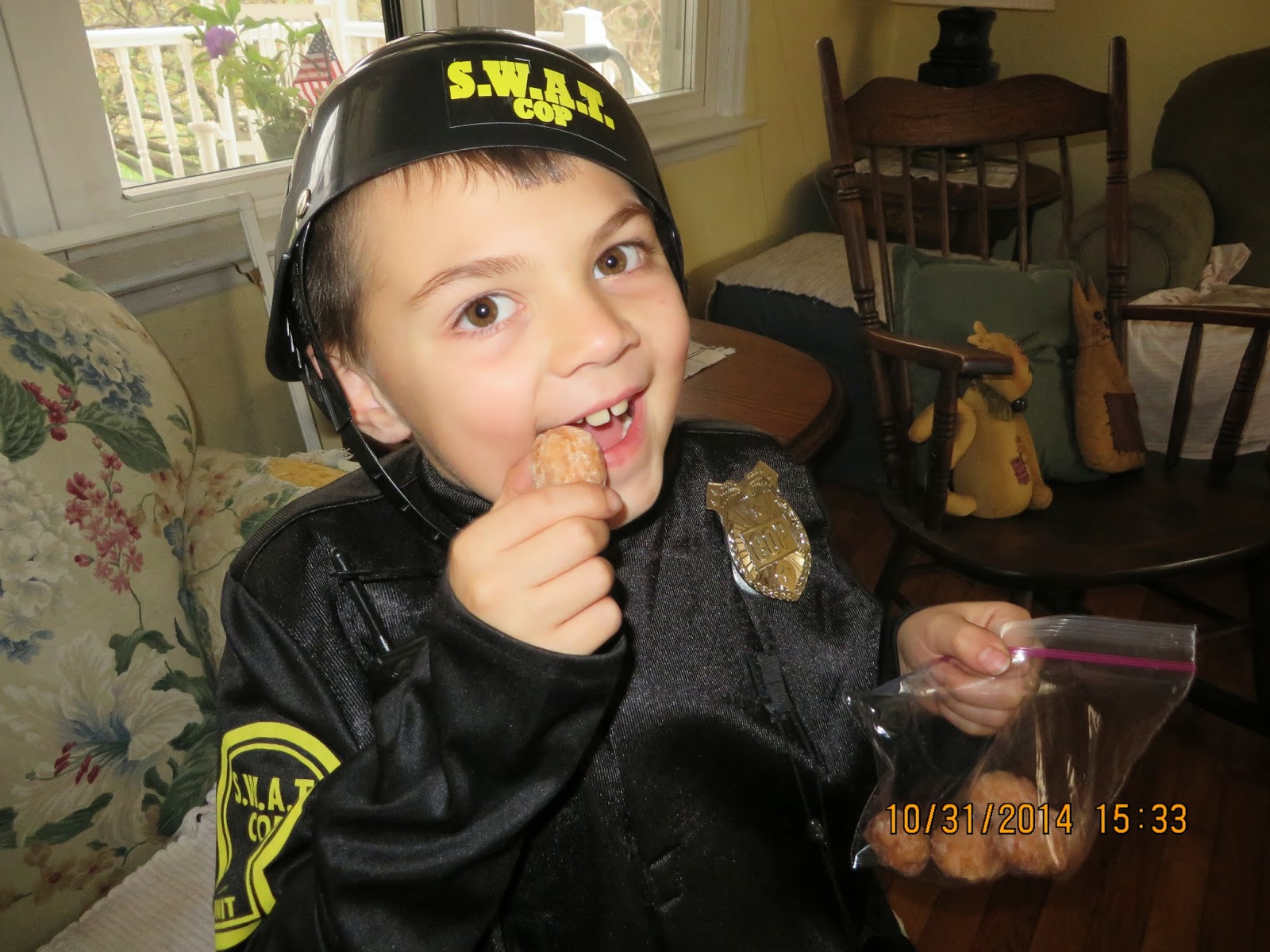 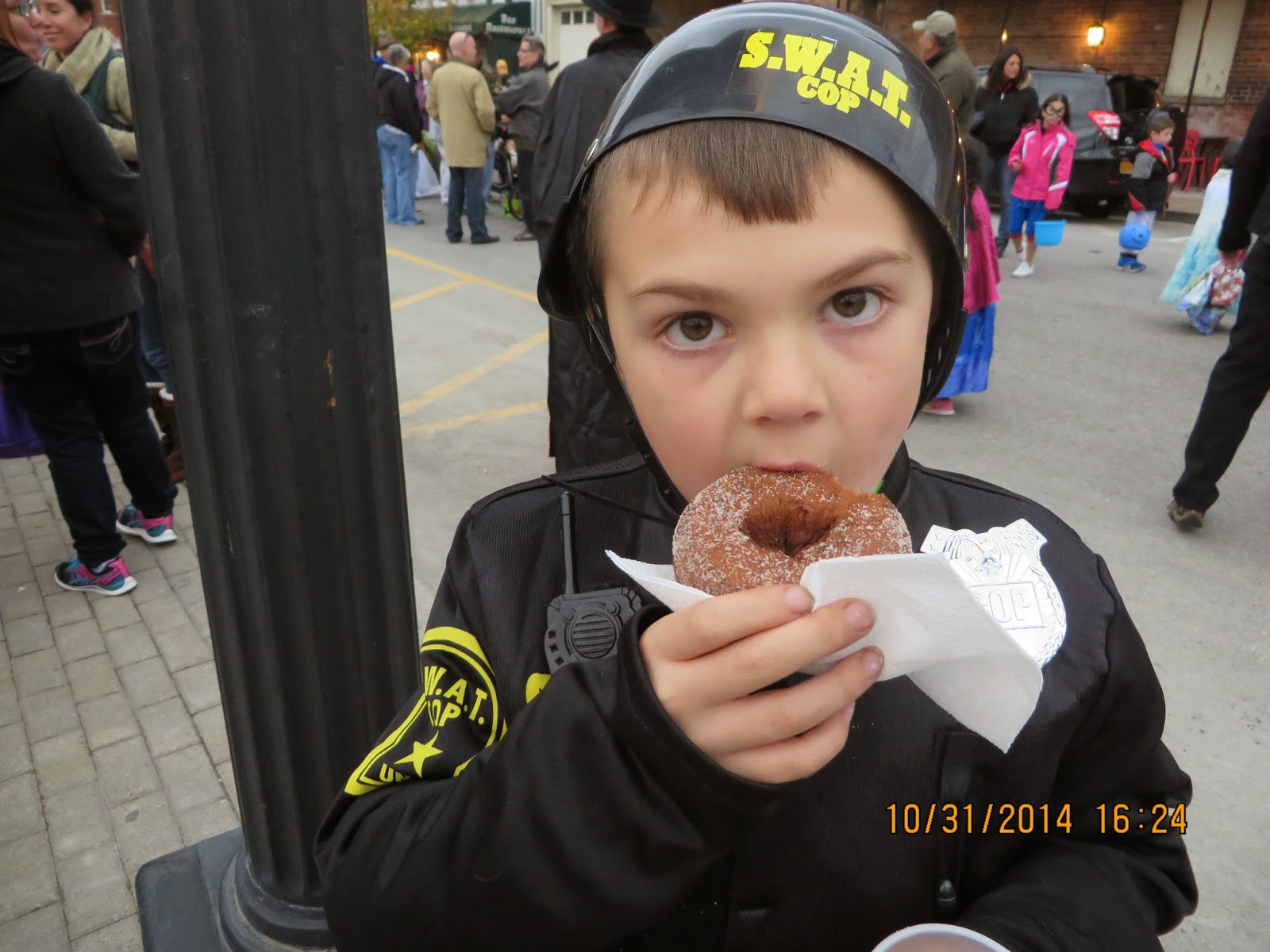 Is it irony that the two best pictures I got of him in his SWAT COP outfit were while he was eating donuts?

He had a good time, but the husband and I thought it was pretty dead out on the streets this year. And not like zombie-dead, just not a lot of kids out and about.

On the writing front...
I'm waiting on more edits from the editor for book two.

Book three is not getting as much attention as it should be.

Book one has a new name...in case I forgot to mention it here.

The title, Already Home, won by popular vote. Thanks for the input.

What are you guys doing this month?

I tried that last year. EPIC FAIL. When I tried to tell myself to write a certain amount each day, I drew a blank. I can't even take instructions from myself!
Rambled by Heather M. Gardner at 3:17 PM