Would you believe my mom was right?

If you stand out in the rain all day at carnival you can catch a cold?

I'm all about spreading the love this week, so I'm not going to share any insecurities today. Instead, I'm going to tell you what I always tell you.

As writers, or any type of artist, there is no better way to learn and grow at what we do, then to keep producing more of what we love.

We all need downtime. We all get discouraged.

But, our determination will push us to the next level. 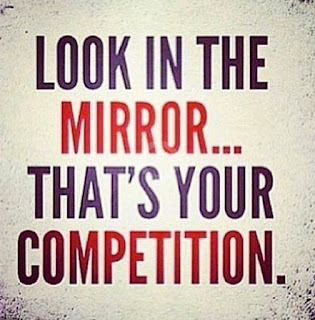 Guess who stopped in today to share with all of us?

Take it away Tara!

Thanks for always offering to host me for special announcements, Heather! You're the best!

Heather and I are pub sisters! We both published our books at the same time! Though her journey was a bit tougher than mine... here we are! We've also both gotten makeover covers this year for our books that we released two years ago. I adored reading ALREADY HOME, which was then Maguire's Corner. And now I'm eagerly getting into the highly anticipated sequel, ONE GOOD CATCH which came out this year. And to keep the pub-sister thing going, my next PT book SIMULATION will be out in September. Special, ain't it? Ha!

Before we get to my new cover, I'm doing a quick little reverse interview on Heather...
1) How's Book 3 of Maguire's Corner coming? I need to have the next one when I finish number 2!

Awww. Thanks for asking, Tara! I don't think it will be done before you read bk 2, but I have been working on Emily's story. She's had a tough time since bk 1. I'll also be introducing a new resident of Maguire's Corner, Sean Rafferty, former soldier, current K9 officer.

2) We've had mucho rainouts lately and every thunderstorm reminds me of Stormy! What's he been up to?

We are in the same boat (so to speak) with the rain. Stormy, and his gnome friends, have been hanging out on the porch like a bunch of unemployed lawn ornaments. Oh wait!

3) In ALREADY HOME, I adore Maggie and Jake to no end, but my favorite character was Maggie's brother, Bobby, he's handsome, jokes around, and is very protective - all the best qualities of a brother (someone else's brother for girls to hit on!) I hope he gets his own story at some point, hint, hint. And my last question for Heather is, Who's your favorite POP TRAVEL character?

I love Bobby, too! I've had thoughts of extending the series to include the cousins Bobby, Sam, and Steve (my favorite). You just never know. :)

Thanks again, Heather for allowing me to be here and talk about the new and improved POP TRAVEL - it's sexy! And the re-release has a sneak peek at the first chapter of SIMULATION which comes out Sept 14th! 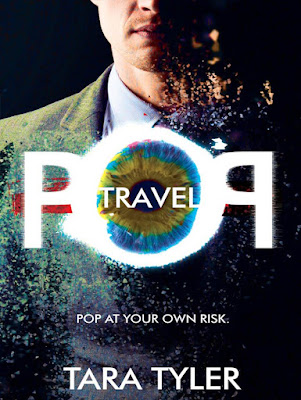 In 2080, technology has gone too far for private detective J. L. Cooper. He thinks he can avoid pop travel teleportation, until he stumbles onto a video of a pop traveler who turns to dust.

Sparking a series of murders, attempts on his life, and threats to his brother, Cooper wants to pass off the evidence but knows he’s being watched and can’t trust anyone. And who would believe him?

With help from the neurotic genius “Creator” of pop travel and a beautiful Southern charmer, Cooper must expose the deadly glitch and shut it down or die trying. No problem.

Tara Tyler has had a hand at everything from waitressing to rocket engineering. After living up and down the Eastern US, she now writes and teaches math in Ohio with her three active boys and Coach Husband. Currently, she has two series, The Cooper Chronicles (techno-thriller detective capers) and Beast World (MG fantasy) She's an adventure writer who believes every good story should have a moral, and a few laughs!

I love the new cover and I can't wait to read Simulation in September! You are welcome here at the blog anytime!