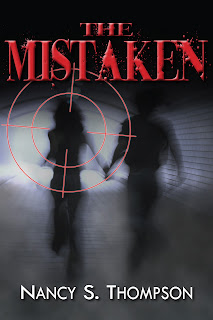 I’m excited to be here with Stormy and Heather.  I’m a great fan of both.

Last spring, I was trying to decide whether or not to compromise on a key event in my novel just to acquire a publishing contract.

I asked Heather if she would read my manuscript and tell me what she thought.  Though I posted on my blog about this dilemma, and Heather commented that she wanted “...to meet this flawed unforgivable male. People screw up. People deserve a second chance...” –after reading through to that scene, she sent me an email.  In it she said:

“You're writing is utterly fantastic. It’s smooth and flows easily. It's descriptive. It's beautiful.  Your characters are interesting, completely flawed and totally human...  But, I couldn't get over that scene...  I cried during the scene. Then I got really angry. Then I stopped reading.”

Yeah.  She stopped reading.  Not good.  Not good at all.

Most people who read my manuscript said that, while the scene was brutal, it didn’t bother them enough that they would recommend revising it.  Trouble was, the publisher who was interested felt the same way as Heather and would only offer me a deal if I did revise it.  But I had sworn to myself early on that I wouldn’t because, no matter how brutal, that scene was at the very heart of the story.  After all, the premise was:  What could make a genuinely good man commit a violent crime, and could he ever be the man he once was?  I wanted to know how far over into the dark side this man could be pushed.  Well, perhaps I pushed him too far.

In the end, I chose to revise that scene, to bring that character to the very brink then hold him back, have him look at what he was only seconds from doing, destroying a life.  After I rewrote that scene, I realized that just having him capable of such an act was enough, that having his victim open his eyes while on the very cusp of losing his own humanity was perhaps even more thought provoking, because it meant that he would never truly know the kind of man he was down deep inside, a monster or simply a man driven too far.

Some thought it was wrong to compromise, especially when I said I never would.  Some thought it was just to get published.  Well, you know, they’re right in a way.  I did desperately want to get published.  I wanted this story to be published.  And this was a way to do that.  But compromising taught me a lesson.  It taught me to listen, to be less rigid, which, in the end, was the moral lesson of the book, what the terribly flawed protagonist learned from his own mistakes, to be less rigid.  So I’m glad I compromised.  That’s how things get done, how progress is made.  I just wish someone would tell that to the US Congress.

Visit Nancy’s blog, follow, and leave a comment during her book tour for a chance to win an ARC of The Mistaken.  Plus, 5 runner-up winners will each receive an ebook.

Praise for The Mistaken:
“A deliciously slow burn that builds to a ferocious crescendo, Nancy S. Thompson's THE MISTAKEN kept me riveted until the very last page. Tyler Karras is a complex and flawed protagonist, and his redemptive journey makes him the perfect anti-hero. This psychological suspense is a standout, and I can't wait for Thompson's next book.”
~ Jennifer Hillier, author of CREEP and FREAK

“Nancy S. Thompson's debut novel, The Mistaken, is a first-rate thriller full of hair-raising twists and turns.  Pursued by the police and the Russian mafia in San Francisco, brothers Tyler and Nick Karras are fascinating, fully-drawn, desperate characters.  The action is non-stop.  Thompson's taut, intriguing tale of revenge, mistaken identity, kidnapping and murder will keep you enthralled and entertained.”
~Kevin O’Brien, New York Times Bestselling Author of DISTURBED and TERRIFIED

“Fast-paced and emotionally gripping - once the ride begins, you won't stop reading until it ends."  ~Alex J. Cavanaugh, author of CASSAFIRE and CASSASTAR

Next stops on The Mistaken Blog Tour:


Thank you for stopping in on your book tour, Nancy! I wish you the best of luck! 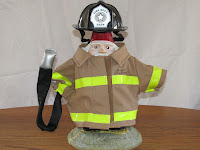